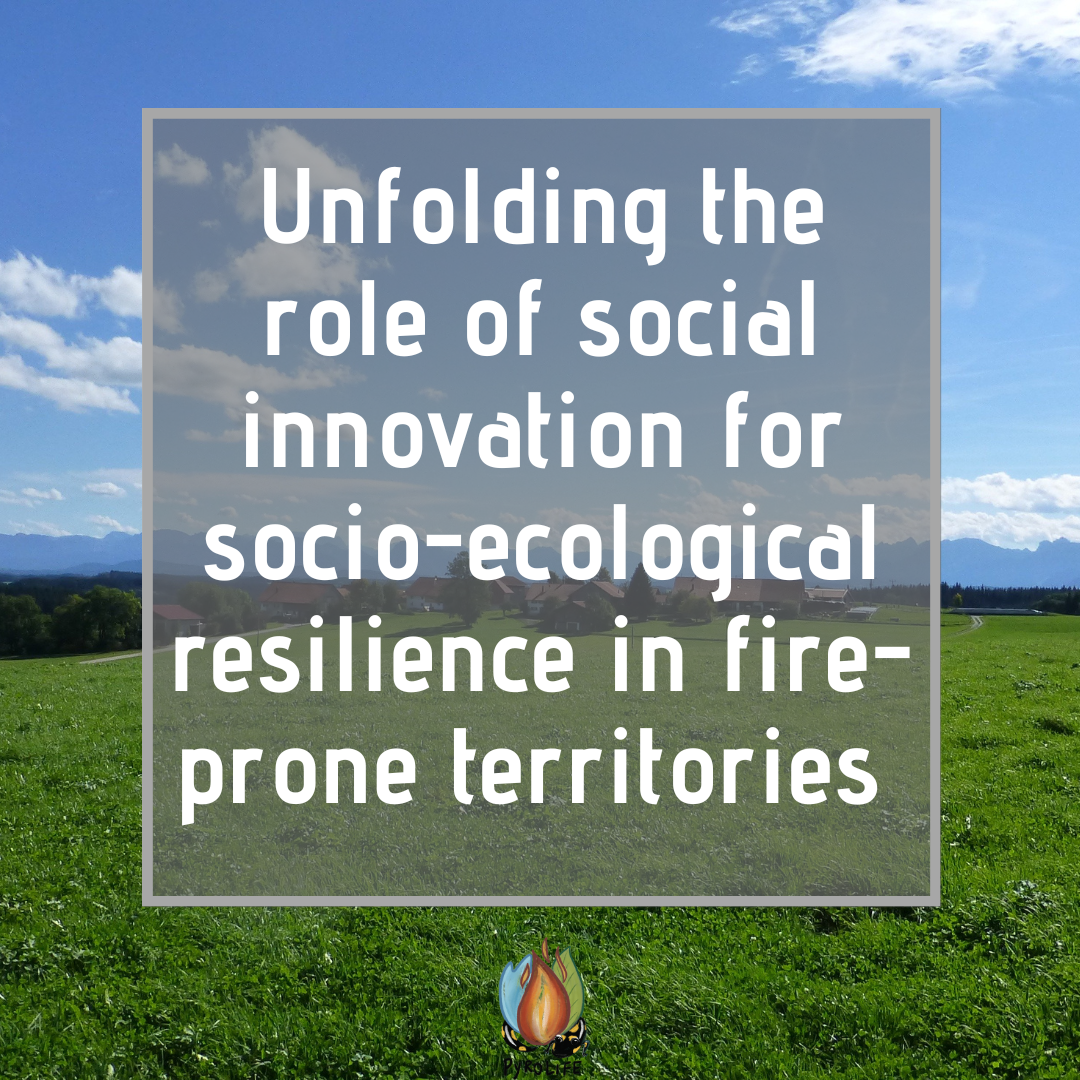 Title of the project

Name
Carmen Rodríguez
Affiliation
European Forest Institute / KU Leuven
Abstract
Wildfires are nowadays one of the most pressing environmental threats in the Mediterranean. Not because of an increased number of burnt hectares, which has in fact decreased since the 1980s, but rather to the increasing number of “megafires” being observed, which have a very high potential of doing significant harm, are very difficult to predict, and are challenging the suppression capacities of most countries (Cardoso Castro Rego et al., 2018). They are, however, only one of the many challenges that global change poses to modern society (Otero and Nielsen, 2017). In fact, and as it happens with many other environmental problems, there is a very complex interaction of social and ecological factors involved. This socio-ecological nature of wildfires has been widely acknowledged in the literature (Brenkert-Smith et al., 2017; Leone, Tedim and Xanthopoulos, 2020; Otero and Nielsen, 2017; Schumann et al., 2020; Tedim, Leone and McGee, 2020; Tedim, Leone and Xanthopoulos, 2016). In spire of this, the social dimension has received insufficient attention, and more specifically, that the deep societal transformations needed in order to sustainably coexist with fire are not sufficiently understood, nor acknowledged (Otero and Nielsen, 2017; Tedim et al., 2016).

The “zero-fire” approach traditionally taken in modern welfare states is increasingly being challenged by the newer and more holistic “living with fire” paradigm, which is being increasingly used both as a research and a management objective (Brenkert-Smith et al., 2017; Górriz-Mifsud, Burns and Marini Govigli, 2019; Howitt, 2014; Otero and Nielsen, 2017). Schumann et al. (2020) describe the goals of this approach as “to maintain ecologically functional levels of wildfire on the landscape, while simultaneously reducing the losses of human lives and property”. In this thesis, however, we argue that the human and social dimensions to be considered to achieve a sustainable coexistence with wildfire go far beyond reducing the risk to human lives and properties and modifying fuel structure. In colloquial terms, that it goes over and above the mere act of “surviving” to wildfires. As a consequence, this research puts forward an approach that explicitly acknowledges wildfires as one of the multiple complex and interconnected challenges that the current context of global environmental change poses to our society. As a consequence of this, we align with the scholars that claim that tackling such issues calls for conscious individual and collective transformative action that deliberately seeks to transform socio-ecological systems in an ethical and sustainable way (O’brien, 2012). This transformative perspective as a response to global environmental change, has received significant less attention in the scholarly and policy circles in comparison to mitigation and adaptation, and the wildfire issue has been no exception (Pelling, 2011).

By combining socio-ecological systems (SESs) and resilience approaches (which are very often mobilized in the wildfire literature) with social innovation theory (which has been developed as a theoretical framework for examining societal transformations) this thesis provides with a socio-politically sensitive and territorially embedded perspective to wildfire research, on order to better understand and explore the necessary socio-ecological transformations that long-term resilient, fire-prone territories require.

Copyright
PyroLife abstracts are protected by copyright. Copyright grants its holder the exclusive right of reproducing the text, translating it, and distributing/communicating it to the public, among others. An abstract published online is therefore not free of rights and nobody can publish or copy it (the text) without the rightholder’s consent. Contact the author here: Carmen.Rodriguez@efi.int